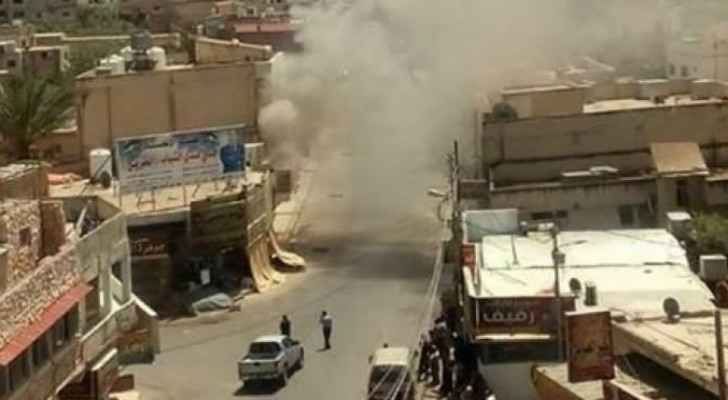 Violent clashes erupted between two families in the north Jordan village of Al Sarrieh, May 8, leaving one dead and 12 injured.

Gunshots were heard on the scene and the injured parties were rushed to King Abdullah Hospital. However, the fighting did not stop there and was renewed inside the hospital while the injured were being treated.

In the midst of the brawl, one Al-Sarrieh local was shot and killed. Additionally, two houses and three stores were burned and badly damaged in the village, and several hospital facilities reportedly vandalized.

The main offender has been arrested and several houses were evacuated, according to Al Rai.

According to local reports, the fighting erupted over a wrongly-parked car and building tribal hostilities in the village. While it has been reported that the fighting has now quietened, with tribal leaders called to reinstall peace, local eyewitnesses claim tensions remain high.

‘Almost every 15 minutes there is a big fight,’ one local resident told Roya, adding that there remained a heavy police and military presence in the small village.

Following the man’s death, his family released a statement, thanking those for their sympathy, but refused any condolences until the killer was ‘brought to justice’.

‘We look forward to seeing the condemnation of these criminal acts, which take the lives of our beloved children living in our safe country,’ they said.

Tribal law still governs the social and legal fabric of Jordan, despite its abolishment in 1976. It is predominantly organized around reactions to disturbances of social order and family honor, running parallel and sometimes counter to the Jordanian civil code. While it is officially not the law of the land, it plays a significant role in guiding citizens’ behaviors and arguably still finds traction in more official corners of the Kingdom.