Green Light is even visible at night. 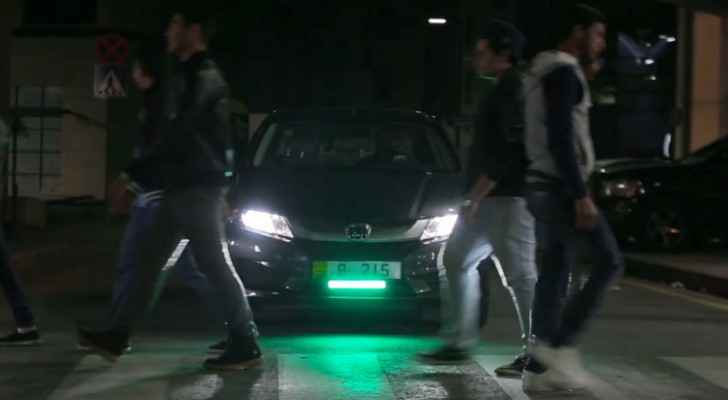 In Jordan, crossing the road can be tricky at the best of times, even out of peak traffic hours. The lack of zebra crossings, poor pathway planning and maintenance, and drivers turning a blind eye to road rules make it difficult for pedestrians to navigate the city streets: an unfortunate fact that inspired Muhannad Tahboub, General Manager of Honda’s main dealership in Jordan, to launch “The Green Light Project.”

Tahboub’s has billed his light-bulb idea as the “first car light created for pedestrians”. Red brake lights are located at the rear end of a vehicle, acting as an early warning sign for anyone driving or walking behind it, but pedestrians facing traffic have no way of knowing whether a car has hit the brakes or is about to race past them.

That’s where Tahboub’s device comes in to make the “dynamics between drivers and pedestrians” more intuitive. The installment of an extra brake light on every car front bumper could be just the (driving) ticket. Not only will this innovation make it safer for pedestrians to cross the street, but it will benefit those behind the wheel. Drivers can steer their way to safer traffic negotiations, giving the right signals and warnings to road users from all sides. With over one million cars on the roads in Amman alone, and one third of all road accidents in the Kingdom involving pedestrians, Green Light could potentially reduce that number significantly.
This is good news for road safety but also innovation in the Kingdom.

Given the Green Light outer Kingdom

Tahboub’s invention - now patented by Honda Jordan - is being marketed to every car owner, regardless of their car model, in the Kingdom and abroad. Installing this safety-measure technology is straightforward: the green light is easily integrated into the existing system for activating brake lights, with the added functionality of being visible day and night.

With nanosatellite technology and ‘smart tents’ for refugees already in the works, this car contraption is taking Jordanian inventions in the right direction for global recognition.