Jordan's day #6 of the curfew

Jordan's day #6 of the curfew 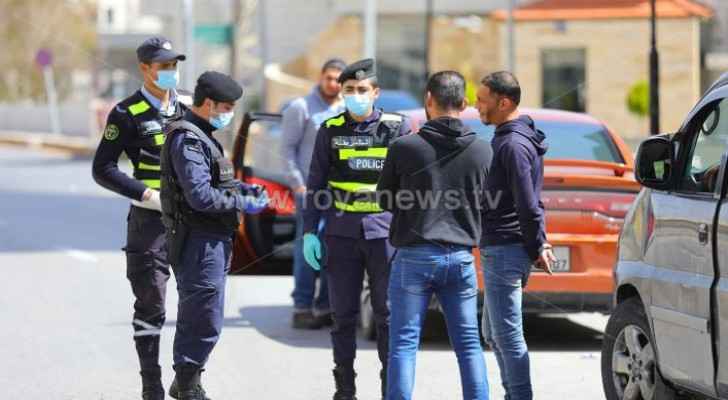 Today, Thursday, March 26, is the sixth day of the curfew imposed in Jordan as part of the government's precautionary measures to confront coronavirus.

The Minister of Health, Saad Jaber, announced last evening that the coronavirus caseload in Jordan reached 172, as 19 new cases were reported yesterday.

In a message he addressed to Jordanians, Jaber said "Please, don't fail the government's great effort to preserve you and the homeland."

The government decided last evening to postpone the home-delivery service for the time being.

The delivery service will be delayed until it is decided by the national committee for epidemics to preserve public health and safety.

This came during a joint press briefing at the National Center for Security and Crisis Management by the State Minister for Media Affairs, Amjad Adaileh, the Minister of Industry, Trade and Supply, Tariq al-Hammouri, the Minister of Agriculture, Ibrahim Shahahdeh, and the Minister of Health, Saad Jaber.

During the conference, Adaileh confirmed that a fine of JD100 will be imposed on every citizen who violates the curfew. The value of the fine will be doubled whenever the violation is repeated.

He stressed that the government will intensify the supervision of alleys, neighborhoods, and crowded areas because such areas witness some practices that contradict safety and prevention measures.

"We will see the unfortunate results of the direct contact between people and the breaches of the curfew in the next few days," Adaileh confirmed.

Adaileh pointed out that the government will consider extending the holiday for employees, workers, schools and universities next week.

For his part, Minister Hammouri, said that more than 20 establishments were closed today for violating instructions.

"Several shops and citizens have committed to public safety instructions, yet there were violations.

"In case the price ceilings are exceeded, groceries will be closed accordingly," Hammouri stressed.

He thanked the citizens who committed to the instructions today, calling on those who didn't to commit.

He noted that the supply of eggs at a consumption rate is sufficient for two days.

"Vegetable crops were supplied from farmers within the established standards," Shahahdeh said, confirming that large quantities of bananas were supplied to the markets.