Adaileh: We are still in a crisis and the number of infections is increasing

Adaileh: We are still in a crisis and the number of infections is increasing 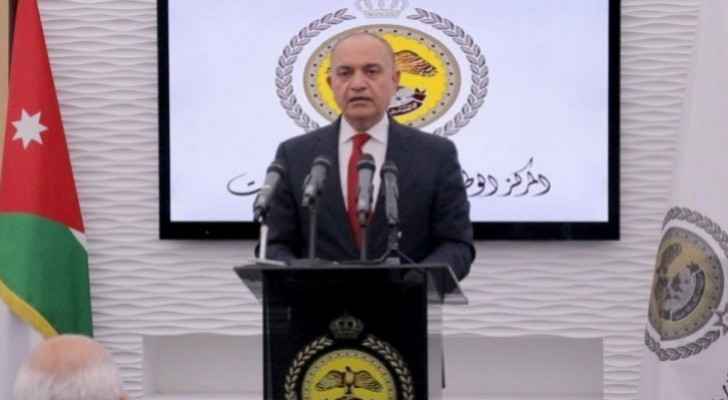 The Minister of State for Media Affairs, Amjad Adaileh, has held a press briefing today to discuss the latest developments on coronavirus in Jordan.

"We are still in a crisis, the number of infections is increasing, and this is an indication that does not cause relief, but rather leads us to worry, and perhaps to think about other harsh measures," Adaileh said.

In general, people adhered to public safety standards and prevention, but, at the same time, many violations were observed, as several people used their vehicles and others went to the streets for no reason.

"The government has sensed public satisfaction regarding the new measures, but at the same time we do not want this state of satisfaction to push some to commit negative practices, such as going to the street for no reason, or neglecting preventive and precautionary measures," Adaileh stated.

During the press briefing, Adaileh said that His Majesty King Abdullah II chaired a meeting to follow up on the latest developments regarding dealing with the virus, in the presence of His Royal Highness Crown Prince today.

"His Majesty directed the ministers to the importance of dealing with citizens with all transparency and keeping them in the know of the latest developments and the measures taken by the government," Adaileh said, adding that the King also stressed the need to take measures to mitigate coronavirus effects on the national economy and help its turnaround.

"However, Prime Minister Omar Razzaz headed a meeting this morning in the presence of a number of ministers and heads of the security services, during which an assessment was made of citizens' commitment to the curfew, and the ability of the concerned authorities to provide basic services and materials to citizens," Adaileh said.

Adaileh pointed out that Razzaz urged ministers and security services to go to the field to follow up on the progress of the new procedures, evaluate them, monitor citizens' observations, and solve the obstacles facing them.