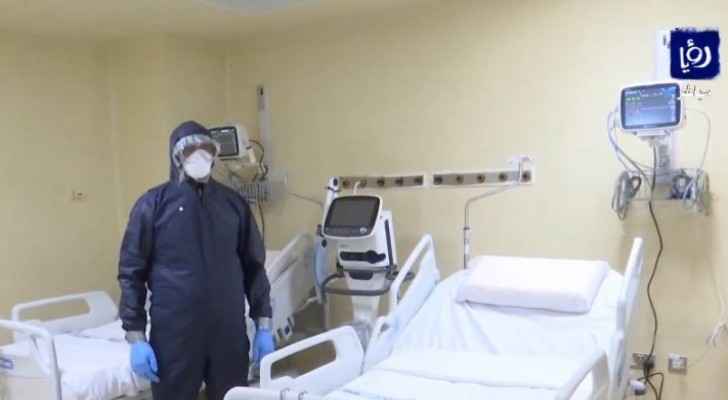 Spokesman for the national committee for epidemics Nathir Obaidat said that most of the people infected with COVID-19 in the Kingdom are in stable health condition.

However, an 83-year-old woman is in moderate to critical condition, which prompted the medical staff to put her on artificial respiration, Obaidat exclusively told Roya this morning.

Six of the infected people will undergo laboratory tests in order to check whether they recovered or not.

"There are eight cases suffering from pneumonia, and their health is being monitored," he stated.

He pointed out that the "hydroxychloroquine" drug, used for malaria, is being used to treat people with corona, after making the necessary approvals for its use in Jordan.