Health Minister: A number of Jordanians arriving from Italy quarantined

Health Minister: A number of Jordanians arriving from Italy quarantined 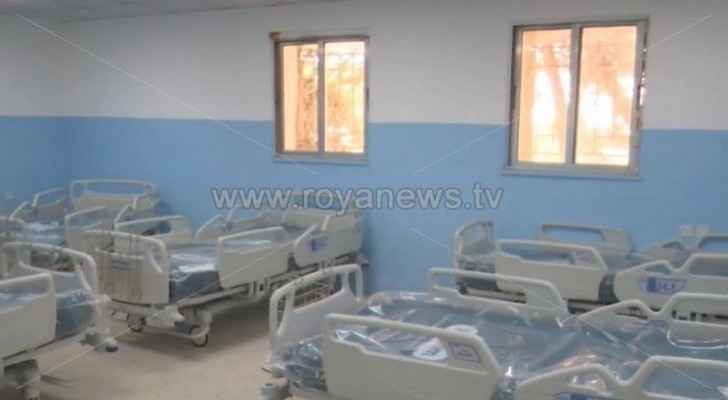 Minister of Health, Dr. Sa'ad Jaber, announced the Ministry of Health announced that a number of Jordanians arriving from Italy were quarantined on Tuesday, as a preventive measure to ensure that they are not infected with coronavirus.

In a statement he made today, Jaber said all concerned institutions are working in partnership and maintain cooperation to prevent the virus from reaching the Kingdom.

Jordan did not ban importing commodities from China, but rather has put restrictions and control in place to halting livestock imports, he affirmed.

On the Ministry's preventive measures to deal with the virus, Jaber said the Ministry is going to inaugurate a military field hospital in Khaw area of Zarqa, in addition to the active 12 isolation beds at Al-Bashir Hospital.

He added that a separate department at Prince Hamza Hospital will be equipped to receive any suspected cases.

A permit has been granted to Jordanian factories to produce masks on a large scale to meet citizens' needs through the local market, Jaber stated, adding that medical teams across the Kingdom and workers at the border crossings are trained to monitor passenger movement.

On the ministry's precautionary measures, he noted that thermal detectors were installed at the airports and border crossings to detect and check any traveler abnormal temperature.

These measures aim to make sure whether any traveler was in contact with anyone coming from China or other countries with coronavirus cases, he said, adding that a contract was signed with a company to carry out sterilization operations in different locations.