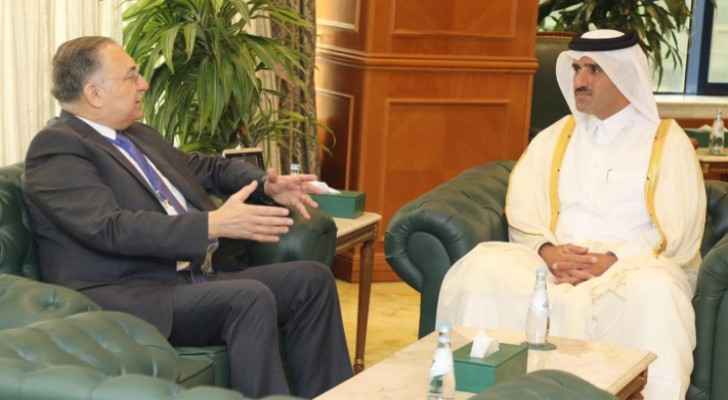 President of the Jordan Judicial Council Mohammad Ghazo on Wednesday, February 26, discussed with President of the Qatari Supreme Judiciary Council and President of the Court of Cassation, Dr. Hassan al-Mohannadi, means of enhancing the legal and judicial relations between Jordan and Qatar.

The meeting came on the sidelines of the second high-level meeting of the Global Judicial Integrity Network (GJIN) currently held in Doha, Qatar and is scheduled to end on Thursday.

The GJIN's deliberations will address a number of issues related to developing the judiciary's work mechanisms, as well as promoting reforms and facilitating access to information and modern technology to contribute to overcoming all obstacles.

Al-Mohannadi said the GJIN is an outcome of the global program to implement the Doha Declaration adopted by the United Nations Conference on Crime Prevention and Criminal Justice held in Doha in 2015, where the judicial integrity figured high.