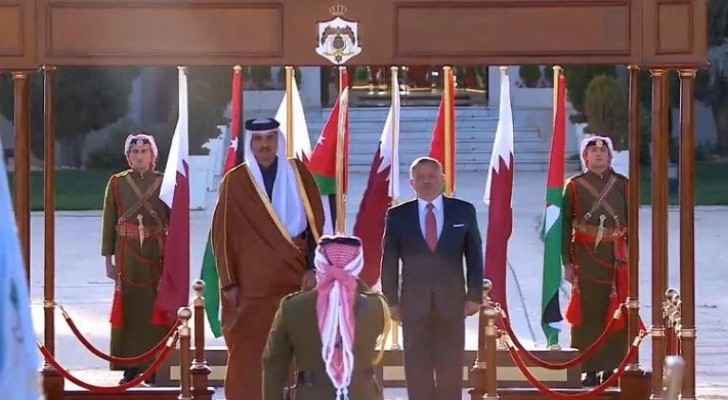 An official welcoming ceremony was held for Sheikh Tamim at the airport.

His Majesty and Sheikh Tamim will hold a Jordanian-Qatari summit to discuss a number of local and regional issues.

Sheikh Tamim had visited Jordan in 2016. This is the first time he visits Jordan since the U.S. President Donald Trump announced the "Deal of the Century".