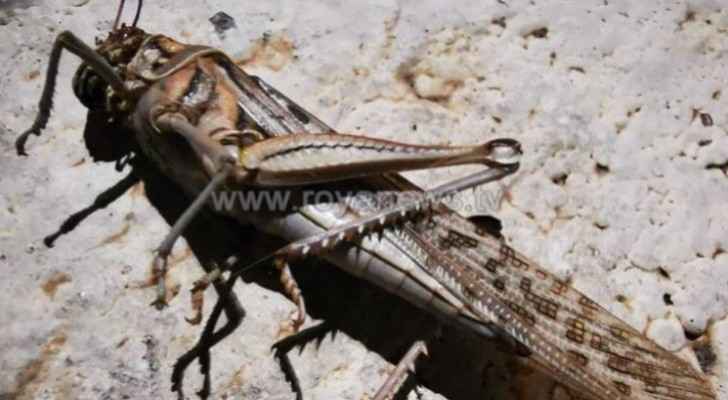 The Minister of Agriculture, Engineer Ibrahim Shahadeh, has warned of human and food disaster as the locust swarms invading the region are expected to grow more than 500 times.

Shahadeh called on the international organizations and countries in the region to work on combating the locust swarms that have invaded Kenya, Somalia, Ethiopia and Yemen, Jordan News Agency (Petra) reported.

He affirmed that the Ministry, in partnership with the Ministry of Interior, the Jordan Armed Forces (JAF) and the Public Security Directorate (PSD) is following up on the periodic publications issued by the Locust Forecast Center of the Food and Agriculture Organization (FAO) and the locust forecast centers in other countries.

Jordan works within a participatory process to follow up on the locust swarms movement, as they are spreading in areas close to Jordan, including the Saudi cities of Riyadh, Najran, and Al-Qasim.

A team of 120 members has been trained to deal with any locust swarm that will enter the Kingdom, he confirmed, adding that the emergency room that the Ministry set has been provided with ground and air sprayers and special pesticides.

German newspaper: Jordan is the safest country amid the ....

German newspaper: Jordan is the safest ....