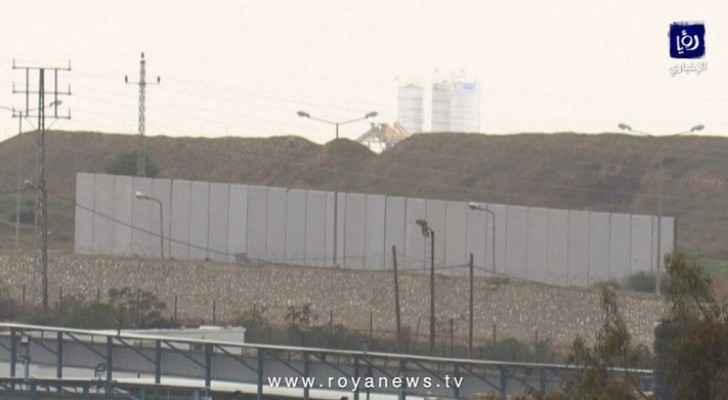 Egyptian security and military forces are working around the clock to build a new concrete wall on the Egyptian side of the border with the besieged Gaza Strip which they aim to have completed by mid-2020, the Middle East Eye reported.

Egypt embarked on the first stage of construction on January 27, in the area extending from the Karm Abu Salem commercial crossing to the Rafah crossing.

The wall is set to extend along two kilometers in its first stage, and stand six meters tall above ground and five meters deep below it.

Although the construction of the new wall enhanced the "security interests" of both sides, the move has not been welcomed by all in the besieged Palestinian territory, where some view the timing of the construction as suspicious given the recent unveiling of a US plan for Israel and Palestine that has been categorically rejected by the Palestinian leadership in the Gaza Strip and elsewhere.

The border between Egypt and Gaza is some 14 kilometers long in total.

The new wall is about ten meters away from an existing wall built by the Egyptian army after Palestinians stormed the border in early 2008.

The second stage of construction of the wall will focus on tightening control of separate border sections that extend from the Rafah border crossing to the Mediterranean Sea - sectors which the Egyptian army believes are weak points used for infiltration and smuggling in and out of Gaza.

The announcement of the wall comes after the Egyptian military revealed earlier this month "to have found a nearly three-kilometer [underground] tunnel from the Gaza Strip into the heart of Rafah."

Zarqa governorate affected the most due to unstable ....

Zarqa governorate affected the most due to ....

Zarqa governorate affected the most due to ....

Zarqa governorate affected the most due ....