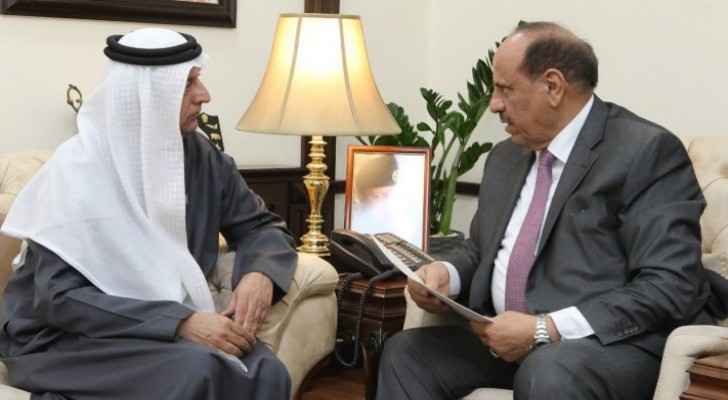 The Minister received the invitation during a meeting with UAE Ambassador to Jordan, Ahmed Al-Balushi, as they discussed means of boosting bilateral cooperation, particularly in the security and police fields.

Hammad affirmed that Jordan and UAE constitute a unique model in the joint comprehensive plan of action, stressing the need to open wider fields of cooperation between the two countries.

He also hailed the wise visions and directives of the two countries' leaderships over the years, which led to several official visits exchanges and signing multiple agreements and memoranda of understanding that frame solid bilateral ties in various political, economic and security fields.

The envoy stressed his country's keenness to enhance relations with Jordan, pointing to the need to exchange experiences in the areas of security and local governance, and to organize mutual visits to translate this cooperation on the ground in a way that strengthens security and police regulations.