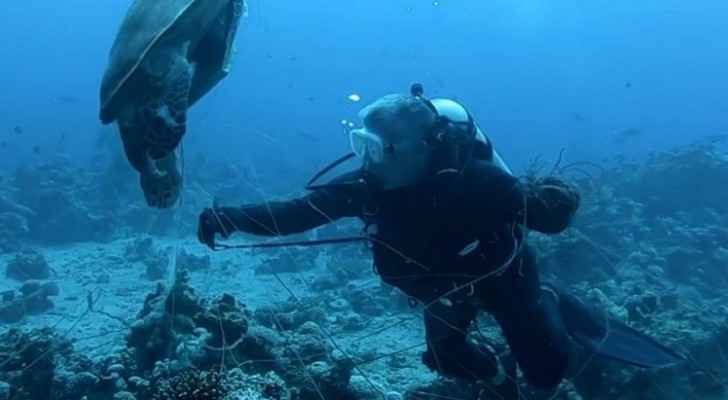 His Majesty King Abdullah resumed on Sunday, February 16, his tour of the south, which commenced three weeks ago to focus on local development, improving citizens' standard of living, and developing the southern region through supporting tourism and utilizing state-owned land for agriculture and development.

In Aqaba, King Abdullah met with the investment and tourism taskforces in the governorate—which include representatives from the public and private sectors and civil society and were formed upon His Majesty’s directives—to follow up on their recommendations and proposals.

Also in Aqaba, His Majesty visited the Aqaba Castle, Sharif Hussein bin Ali's house in the city, and the proposed site of the aviation museum.

National campaign to clean up Aqaba's ....