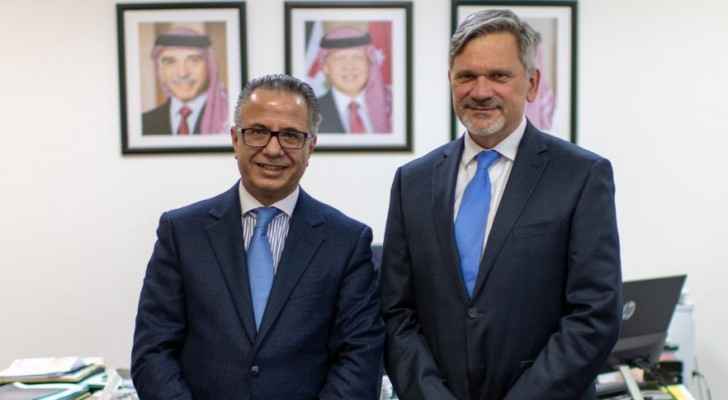 The UN Refugee Agency has announced that it appointed a new representative in Jordan.

Previously a representative for UNHCR in Germany, Dominik Bartsch has worked in a range of complex field operations with UNHCR around the world, including as Representative in India and Head of Operations in Dadaab, Kenya, the largest refugee camp in the world. He has also served as Deputy Humanitarian Coordinator in Iraq and was seconded to the Secretary-General’s Office in New York.

Officially starting his mission in Jordan by presenting his letter of credentials at the Ministry of Foreign Affairs (MoFA) on Monday 10th February, Bartsch met with officials including HE Saja Majali, Secretary General and HE Ambassador Khalid Al Shawabkeh, Director of International Relations and Organizations.

Highlighting the deep and strategic ties between UNHCR and the Government of Jordan, Bartsch commented:

"As we are approaching the 9th year of the Syrian crisis, we need to ensure the international community continues to provide sustained support to Jordan."

In 2020, UNHCR Jordan will continue to provide protection, health, education, cash assistance for basic needs and livelihood support to approximately 750,000 refugees living in Jordan. In addition, $356 million is required in order to deliver these essential services over the course of the year, currently only 11 percent of funds have been received.