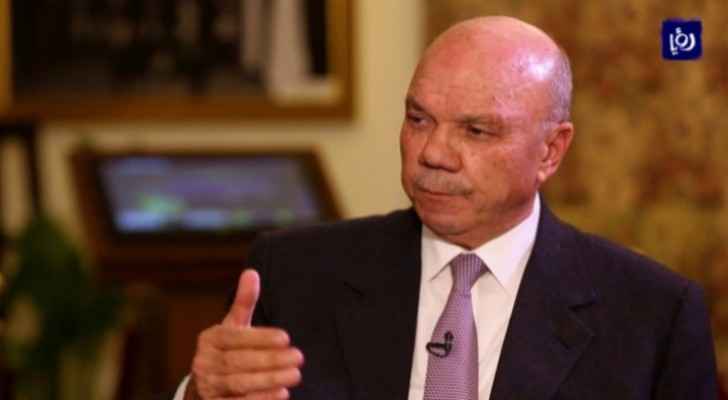 Senate President, Faisal Fayez, hailed the French stances in support of the Kingdom's efforts to bring peace and stability in the region, highlighting the common positions on various regional and global issues, especially the Palestinian cause.

"We value France's stances in support of Jordan, and positions of His Majesty King Abdullah II aimed to bring peace to our region, especially His Majesty's rejection of the American administration's decision, considering Jerusalem as the capital of Israel, and His Majesty's confirmation that Jerusalem is the key to peace, and that there is no solution to the Palestinian cause except in accordance with international legitimacy resolutions, based on the two-state solution," Fayez said.

He underlined Jordan's appreciation for the recent position of the European Union, rejecting Israeli sovereignty over the Palestinian territories occupied in 1967, and considering the settlement currently proposed for the peace process in the Middle East as not in line with the agreed international standards.

Bilateral relations, he noted, are "strong and continuous" in many areas, especially political, economic and cultural domains, as they are based on mutual respect, cooperation, and consensus on many issues, foremost of which is the fight against terrorism, and the need to find a just solution to the Palestinian cause, in addition to ending the Syrian crisis through a political solution, and restoring Middle East security and stability.

"France is a basic partner to the Kingdom, in light of the keenness of His Majesty and French President Emmanuel Macron, on developing bilateral relations between in all fields to serve common interests," he mentioned.

Fayez stressed Jordan's keenness to find more partnerships with Paris by increasing joint investments, calling on French investors to take advantage of the investment opportunities available in Jordan in various fields and sectors.

For his part, Pellevat said the cooperation volume between the two friendly countries is remarkable and includes many fields, foremost of which is cooperation in combating terrorism, which reflects "deep-rooted" ties and keenness to strengthen them.

However, Vouland said the Embassy seeks to translate her country's keenness to strengthen the existing ties with Jordan, by building on the current relations and opening new horizons of cooperation in various fields and various sectors.

Senator Haifa Najar, who chairs the Senate's French-Jordanian Parliamentary Friendship Committee, called on increasing the size of French investment in the Kingdom, which provides "a safe and stable" investment environment in various sectors, especially in the energy, water, health, education, and tourism sectors.