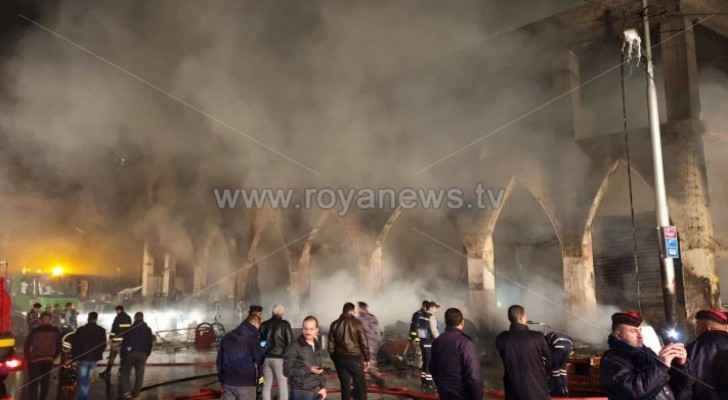 Spokesman for the Civil Defense Directorate (CDD) said that special equipment was used to put out the major fire that engulfed a number of warehouses in Downtown Amman on the dawn of Thursday, February 6.

He explained that firefighters made great efforts to put out the fire.

A large number of people in the area also joined firefighters in extinguishing the blaze, the spokesman noted, confirming that no human injuries were reported.

An investigation committee was formed to determine the cause of the fire.