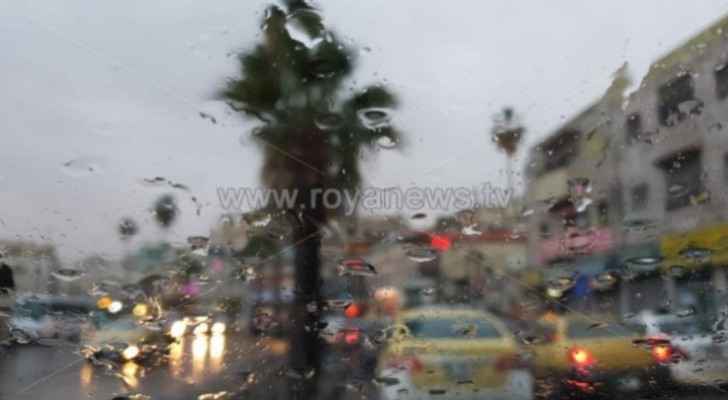 Today marks the end of the coldest 40 days of the year, and the start of the last 50 days of winter, in which temperatures are expected to rise slightly compared to the previous period.

The last 50 days of winter are referred to in Jordan and Palestine as "Khamsiniyeh", originally taken from the word "Khamsin," which means "fifty" in Arabic.

Meanwhile, the coldest 40 days of the year are locally referred to as "Marba'niyeh," which translates into "Forty days".

During the Marba'niyeh, the country witnessed several weather depressions and low temperatures that brought with them heavy rainfall and even snow in some areas of the Kingdom.

The Khamsiniyeh will last until March 22.

These 50 days are split into four parts, commonly called the "Sa'odat" and each part lasts for 12.5 days.

Sa'ad Al-Thabeh/Sa'ad the Slaughterer: During this period, temperatures drop remarkably and the weather becomes extremely cold.

Sa'ad Bala'a/Sa'ad Swallowed: During the 12.5 days of Sa’ad Bala'a, the ground is in a state where it soaks up every drop of rain!

Sa'ad Al-Sa'ood/Sa'ad the Happy: In this period, water begins to flow in the veins of the plants and trees and plants begin to spring with buds and flowers. There is also a rise in temperature during this period. This happens around February 26th and ends on March 10 afternoon.

Sa'ad Al-Khabaya/ Sa'ad the Hidden: This is the time when the hidden snakes and other reptiles come out of their holes, which marks the beginning of Spring.

Weather depression to hit the Kingdom ....