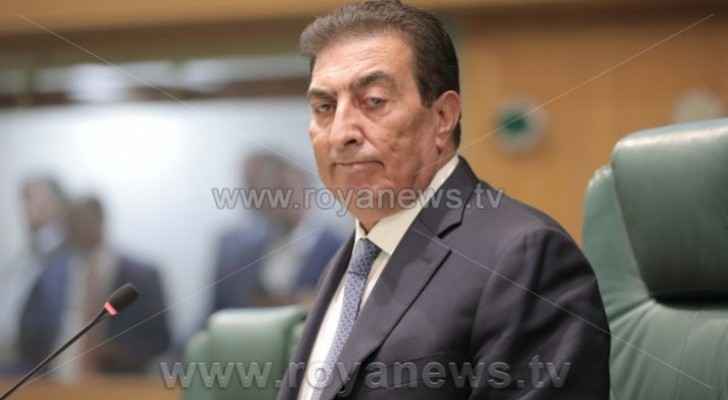 Speaker of the Lower House, Atef Tarawneh, affirmed Jordan’s firm stances, led by His Majesty King Abdullah II, towards the Palestinian cause and Jerusalem.

During his meeting with his British Ambassador to the Kingdom, Edward Oakden, on Wednesday, Tarawneh said any solution that snubs the historic and legitimate rights of the Palestinian people, foremost of which is the establishment of an independent Palestinian state and the right of return and compensation to refugees, will not be viable, and will only contribute to more chaos and tension in the region.

"Snubbing international legitimacy resolutions and biasing with the occupation would perpetuate the region's conflicts," he pointed out.

For his part, Oakden affirmed his country's high appreciation for His Majesty King Abdullah II's efforts aimed at achieving peace and stability in the region, stressing the need to maintain coordination between the two friendly countries.

The discussions also tackled a number of issues of common concern, especially related to the prospects for joint parliamentary, economic and trade cooperation, in light of Britain's exit from the European Union.