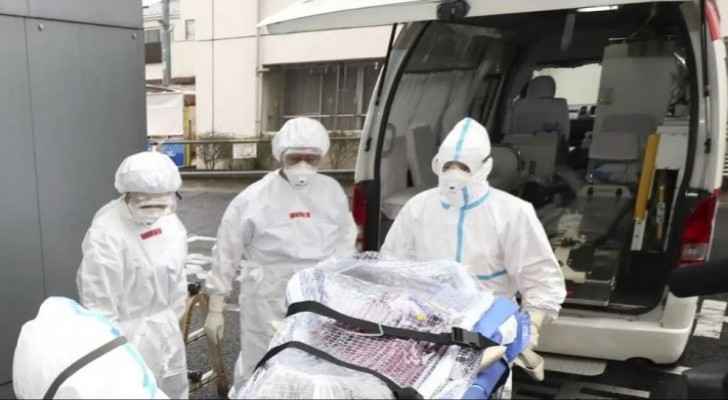 China said 41 people have now died from a new coronavirus that has infected more than 1,300 people globally, as health authorities around the world scramble to prevent a global pandemic.

The total number of confirmed cases in China now stands at 1,287, the National Health Commission said in a statement on Saturday.

The death toll has risen from 26 reported on Friday. All the latest deaths occurred in Wuhan, the epicenter of the outbreak that has been in virtual quarantine as China scrambles to contain the virus spread.

The vast majority of the cases and all of the confirmed deaths to date have been in China, but the virus has also been detected in Thailand, Vietnam, Singapore, Japan, South Korea, Taiwan, Nepal, France and the United States.

China has deployed 450 military medical staff, some with experience combating SARS or Ebola, to a central city stricken by a virus that has killed dozens of people, state media said Saturday.

The medics, who arrived in Wuhan on military aircraft late Friday, will be dispatched to hospitals with large numbers of infected patients, according to the official Xinhua news agency.

Because nothing says ‘don’t worry’ quite like this image https://t.co/JvZYO0cVH5

The move marks a dramatic escalation in the central government's involvement to contain the virus.

It also follows reports of bed shortages in hospitals designated to deal with the outbreak in Wuhan, which has borne the brunt of the health emergency.

The government has even started construction on a special hospital in Wuhan to deal with the virus, with plans to finish it within a staggering 10 days.

Human-to-human transmission has been observed in the virus, which health authorities believe to have originated in a market in Wuhan that traded illegally in wildlife.

The World Health Organization (WHO) declared the new coronavirus an "emergency in China" this week but stopped short of declaring it of international concern. The virus continues to spread globally, however: French authorities reported Europe's first confirmed cases on Friday evening.

Wuhan, a city of 11 million and the capital of central Hubei province, is in virtual lockdown. Nearly all flights at Wuhan's airport have been cancelled and checkpoints block the main roads leading out of town.

Authorities have since imposed similar lockdowns on more than 10 cities near Wuhan as part of the ongoing containment effort.

As Wuhan slides into isolation, pharmacies have begun to run out of supplies and hospitals have been flooded with nervous residents. The city is rushing to build a 1,000-bed hospital by Monday, state media said.

Hubei's health authority said on Saturday there were 658 patients affected by the virus in medical care, 57 of whom were critically ill.

"It must be confusing and infuriating that on the weekend the government reassured citizens that the virus did not spread between humans and was under control, and then, only four days later, to initiate an unprecedented lockdown of Wuhan and other cities," said Mary Gallagher, director of the Lieberthal-Rogel Center for Chinese Studies at the University of Michigan.

The newly identified coronavirus has created alarm because there are still many unknowns surrounding it, such as how dangerous it is and how easily it spreads between people. It can cause pneumonia, which has been deadly in some cases.

Symptoms include fever, difficulty breathing and coughing. Most of the fatalities have been in elderly patients, many with pre-existing conditions, the WHO said.

Airports around the world have stepped up screening of passengers from China, though some health officials and experts have questioned the effectiveness of such screenings and of the lockdown.

Health officials fear the transmission rate could accelerate as hundreds of millions of Chinese travel at home and abroad during week-long holidays for the Lunar New Year, which began on Saturday.