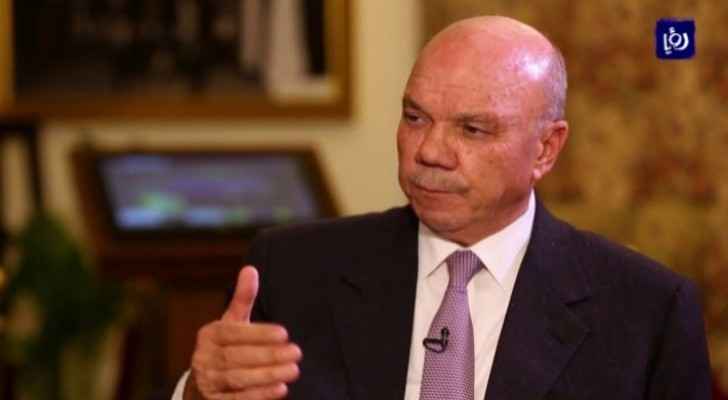 Senate President Faisal al-Fayez has emphasized that Jordan, under the Hashemite leadership, will remain committed to defending the Arab and Islamic issues, mainly the Palestinian cause and the Palestinian people's right to establish their own independent state on their national soil.

In a statement issued on Saturday, Al-Fayez slammed who try to question Jordan's stances towards the Palestinian issue, saying: "Despite the great sacrifices made by the Jordanian people, Hashemite leadership and security forces in supporting the Palestinian people, safeguarding of Al-Aqsa Mosque, the Islamic and Christian holy sites in East Jerusalem, some people try to cast doubt over the Kingdom's historical positions, claiming the decision to disengage from the West Bank is a "conspiracy" against the Palestinian issue."

"Those people have forgotten that the decision was rejected by Jordan as His Majesty the late King Hussein bin Talal stood against it, in order to preserve Palestine and its cause, and he did not respond to it except under Arab pressure," he added.

The Senate President blasted those who question the disengagement decision and its constitutionality and claim the decision to facilitate the so-called "Deal of the Century", expressing his regret that those people mount a discourse similar to that held by the extremist Israeli right.

"All should realize that Jordan, under the leadership of His Majesty King Abdullah II, is the most powerful Arab voice, and it is almost the only one expressing rejection of the "Deal of the Century", if it affects our national constants and the constants of the Palestinian people, even though no one knows what exactly this deal is," he stressed.

King Abdullah has placed the Palestinian cause at his top priority in various international forums and official meetings, Fayez said, adding His Majesty was the first one who rejected the US administration’s decision to recognize Jerusalem as the capital of Israel, and it is aware that he has led an international campaign rejecting this decision.

His Majesty the King was able, with his political wisdom, to extract a UN resolution rejecting the US administration’s decision to consider Jerusalem as capital of Israel, he further said, underscoring that King Abdullah has said "no to an alternative homeland, no to resettlement [for Palestinians in Jordan] and that Jerusalem is a red line".