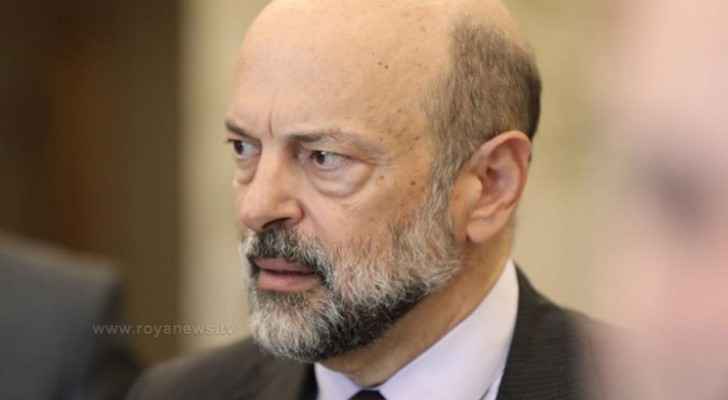 In an interview with Euro News T.V. Channel, Prime Minister Omar Razzaz said that the political stability that the Kingdom enjoys is a reflection of His Majesty King Abdullah II's efforts and international relationships.

Razzaz added, " Despite being in turmoil region, but we succeeded in alleviating their impacts, and proving our resilience politically and economically."

Razzaz, who concluded his participation at the World Economic Forum held in Davos, noted that Jordan has developed a matrix of fundamental structural reforms over five years pertinent to the economy and business environment.

Commenting on the unemployment rate, Razzaz said that a number of key factors have affected the rate in our country including refugee crises, regional crises, and the high energy costs.

Razzaz said that " Jordan has developed a matrix of reform that covered the ICT sector, where the Kingdom has a group of the best free trade agreements around the globe, which enabled us to raise our exports by 8 percent."

On refugees, the prime minister said that refugees constitute around 20 percent of the Kingdom's population, adding that all key sectors, especially schools, and hospitals are under tremendous pressure due to the refugee crisis.

Hosting Syrian refugees is a moral responsibility, Razzaz said, adding that this key issue for Jordan is above any political consideration.

You can watch the full interview here:

PM Razzaz in special interview on ....