Over 2000 people help in searching for missing man in Zarqa

Over 2000 people help in searching for missing man in Zarqa 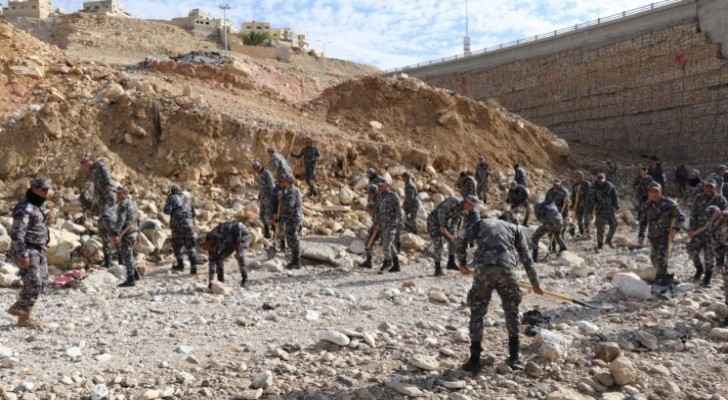 The search for the young man, Hamzeh Al Khatib, who was swept away by flooding in Zarqa River (Sel al-Zarqa) earlier on Thursday, January 9, continued for the ninth day, according to the Public Security Department (PSD).

The PSD spokesman said search and rescue teams are using heavy machinery to remove silt formed in the stream of the floodwater, and motors to cut interlocking trees, in addition to unmanned drones, search and rescue dogs and boats for screening in King Talal Dam.

"More than 2000 people with special equipment are searching the stream of the torrent from Wadi Al-Qamar to King Talal Dam," he added.