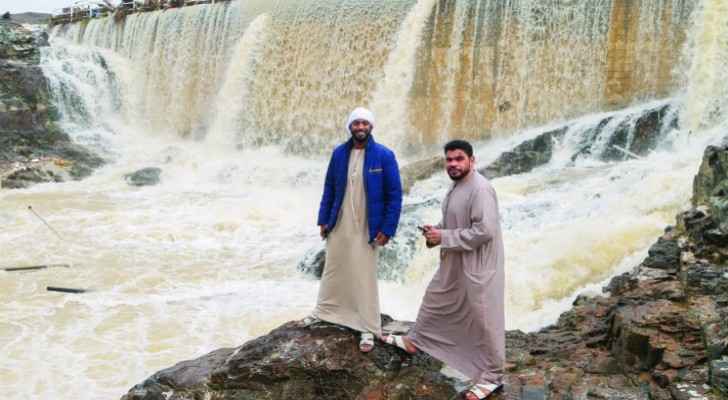 The UAE is breaking the record for the most amount of rainfall to hit the country since 1996. And it’s still accumulating, the Gulf News reported.

The National Centre of Meteorology (NCM) said that as of 7:23 am on Sunday, the highest amount of rainfall from 9-12 January was reported in Al Shakla, Al Ain, with 190.4 mm.

According to the NCM, the heaviest amount of rain that fell between Thursday and Sunday morning was recorded in the eastern region of the UAE, especially in Mazayd with 172.4 mm, Damtha with 172.2 mm, Al Foah with 156.8 mm, and Falaj Al Muallah with 152 mm.

The last time the UAE witnessed such torrential rainfall was 24 years ago in Khor Fakkan, which saw 144 mm of accumulated rainfall.

Other areas that were also badly affected by the strong rainstorm were Sweihan and Al Shwaib with 126 mm of rain, Al Arad with 123.6 mm, and Al Raknah with 114.6 mm.

In a statement, the Ministry of Infrastructure Development announced that it has allocated 20 task forces to monitor the situation of roads across the country, and is ready to respond to any developments that may arise as a result of damages caused by the rains.

"Various regions of the country have witnessed unusually heavy rains, which caused rainwater to accumulate on the main roads and cause diversions on some intersections. The Ministry of Infrastructure Development, in coordination with local authorities, has deployed 20 teams to monitor the roads,” said the federal authority.

“The teams have been assigned to deal with three main tasks, which include the drainage of waterlogged roads, removing mud and heavy debris, as well as repairing roads that may have been damaged by the rain,” it added.

Labrador retrievers used to search for man swept away by ....

Labrador retrievers used to search for ....