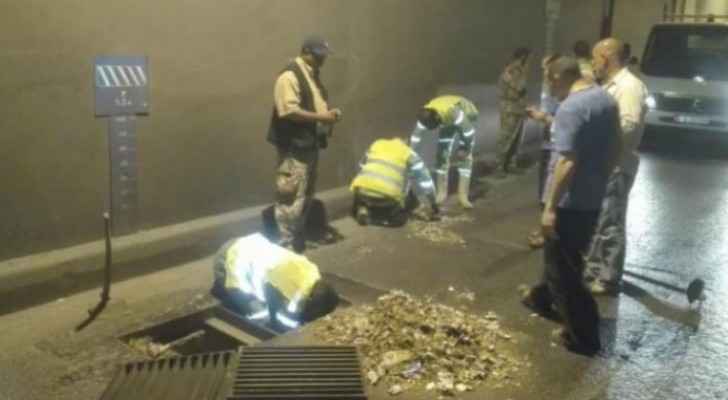 The Ministry of Public Works and Housing has declared "ultimate state of emergency" for three days, as the Kingdom is expected to get affected by a third-degree weather depression.

In a statement, the Ministry called on citizens to take caution, stay away from lowlands and valleys, and to report any emergency case to the main operations room of the Ministry or via the "Public works notifications system" application.

For his part, director of the Ministry's emergency unit, Eng. Khaldoun Al-Shraidah confirmed the Ministry's readiness to deal with the expected bad weather conditions.

The Ministry had prepared an integrated emergency plan for winter that included setting up operation rooms in the various public works directorates, carrying out the necessary maintenance works in the valleys, flood streams and sewerage networks, and securing the mechanisms that may be required to deal with various weather conditions.

The Ministry has also called on citizens to call the following phone numbers in case of emergency: