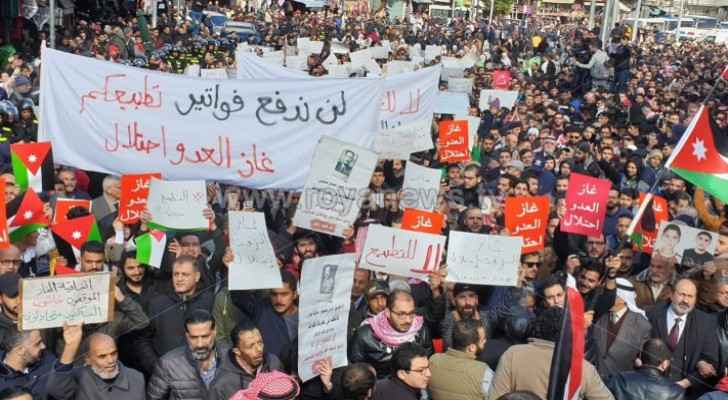 Jordanian parties and syndicates have organized a march in Downtown Amman, where they protested against the Jordan-Israel gas agreement and called on the government to drop it.

Protestors described the agreement as a "historic catastrophe" and "humiliation and shame agreement".

They demanded that all those who involved Jordan in this agreement must be held accountable.

The experimental pumping, which will last for three months, aims at testing the infrastructure prior to the actual commercial supply, NEPCO said.

The gas supply is in line with an agreement signed between the two companies in 2016.

According to the agreement, Jordan will be provided with about 45 billion cubic meters of natural gas from occupied Palestine, at a value of $10 billion, to be paid to the occupation government over 15 years. In Video: Rainwater raids shops in ....