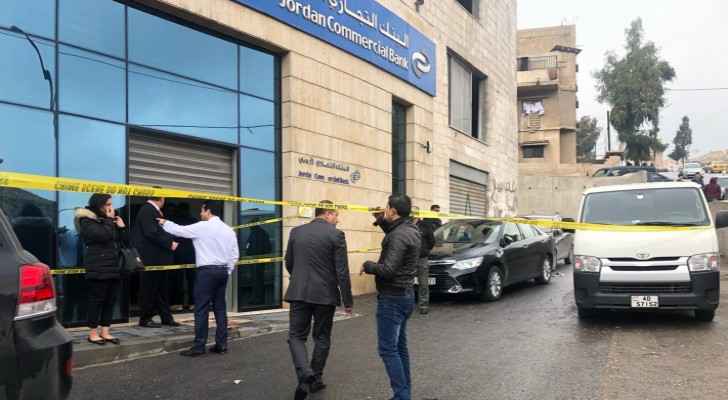 The Yarmouk branch of the Jordan Commercial Bank in Amman was robbed at gunpoint soon after opening its doors this morning, spokesman for the Public Security Directorate (PSD) said.

The spokesman explained that one of the robbers was wearing women’s clothing.

The robbers were able to steal JD 53 and flee the site immediately.

The police are investigating the site and looking for the robbers.