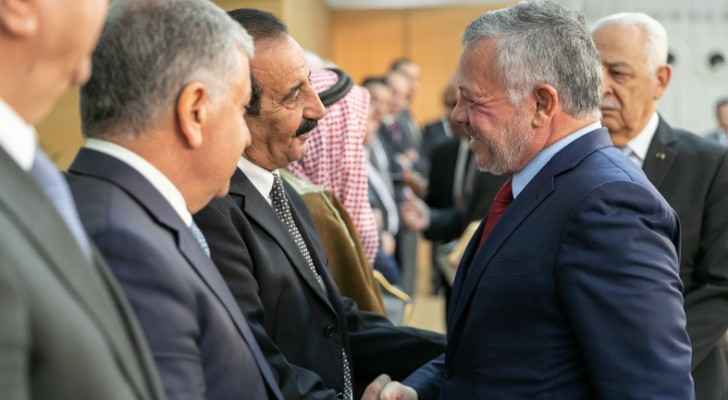 His Majesty King Abdullah II on Sunday met with representatives and leading figures from the Bani Hasan tribe, as part of the Basman Forum meetings, at the Royal Hashemite Court.

His Majesty stressed the important role of tribes throughout Jordan’s history in contributing to the nation’s progress and development.

The King said focus in the next stage will be on establishing investment projects to create job opportunities for youth, noting that the priority is to improve citizens’ living standards.

His Majesty directed the government to form committees from Zarqa, Mafraq, and Jerash governorates to draft a master plan that reflects the priorities and requirements of local communities there.