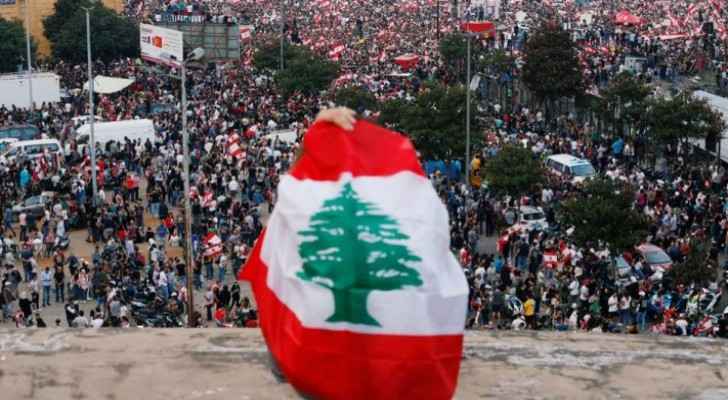 Lebanese demonstrators hit the streets again on Tuesday evening, November 5, 2019, to demand a new government, facing off in some areas with security forces attempting to re-open blockaded roads.

An unprecedented protest movement has gripped Lebanon since October 17, demanding an overhaul of a political class that has remained largely unchanged since the end of the country's 1975-1990 civil war.

Rallies took place across the country, from Tripoli in the north to Sidon in the south, with demonstrators carrying Lebanese flags and chanting "Revolution! Revolution!"

Protesters gathered on Tuesday night in a square in Tripoli, hours after the army prevented them from closing public institutions and banks, as they had on the previous day.

An AFP correspondent in Tripoli said young demonstrators paraded through the city banging pots and pans to express their solidarity with Sidon, where the army had broken up a protest camp in the morning.

"I'm banging pots to protest against the political class that doesn't think about our future. It's time for them to wake up and listen to us," said Abdul Ghani, 19, a protester in Tripoli.

"We won't leave the streets until they've all fallen."

Throughout the day, the army and security forces worked to open roads closed by small groups of demonstrators to exert pressure on the authorities.

An AFP photographer saw a group of protesters north of Beirut clash with soldiers trying to open a road, with Army forces detaining several people.

Protesters have criticized the government for delays in forming a new cabinet after Prime Minister Saad Hariri resigned.

Hariri quit on October 29 in response to the mass protests, but President Michel Aoun has yet to begin consultations necessary to appoint a new prime minister.

"They should quickly form a government that respects the rights of the people and show good will... and regain the trust of the public and investors," said demonstrator Hussein in central Beirut.

Protesters have called for a government to be formed of technocrats from outside the political elite, followed by early elections and a law to seize embezzled funds and tackle corruption.