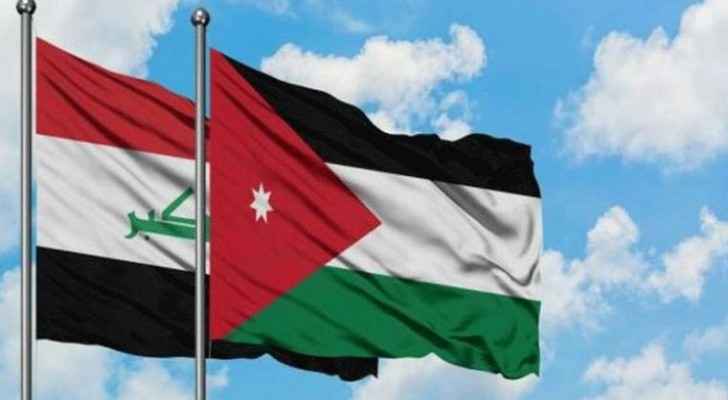 Meetings of the Jordanian-Iraqi Joint Ministerial Committee began today in Amman with an agenda aimed to boost bilateral cooperation in various fields, especially the economic domain.

The first meeting was of the technical committee chaired by the Secretary General of the Ministry of Industry, Trade and Supply, Yousef Shamali, and his Iraqi counterpart, Walid Habib Helou.

At the opening session, Shamali said today's meeting complements efforts made during the 27th session of the Jordanian-Iraqi Joint Committee held in Baghdad in 2017, and the subsequent official mutual visits at all levels, which culminated in the agreement of the two sides on a number of important understandings and vital projects.

The announcement was made during the official meeting that brought together the Prime Ministers of the two countries at Karama - Trebil crossing on February 2, 2019, who has also agreed on practical solutions to important and strategic issues, and set common and permanent rules for cooperation.

These understandings represented a quantum leap in the Jordanian-Iraqi economic, trade and investment relations, Shamali pointed out.

These figures, he affirmed, place a common responsibility on the public and private sectors to dodge their decline and to work hard to increase joint trade and investment exchange in light of the "enormous" potential available to the Jordanian and Iraqi private sector.

Shamali praised the "advanced" level of coordination and coordination between the two countries and the practical and concrete steps taken to translate the political will to deepen the bilateral relations, adding "this is an indication that the path of progress in the relations between Baghdad and Amman will not stop."

On future steps, he said the next phase will witness "remarkable" progress in cooperation between the two countries, especially in the process of reconstruction and in implementation of the joint roadmap to carry out strategic projects that serve the common interests, according to a vision aimed at building regional cooperation networks in the areas of energy and transport, and at overcoming all obstacles to increase trade exchange and at developing operation mechanisms of the Trebil crossing.

The committee's agenda is "large and comprehensive" for all cooperation areas, he said, adding that a number of draft documents will be discussed between specialists from both sides in preparation for their signature.

For his part, the Iraqi official stressed the importance of the Jordanian-Iraqi talks to push forward bilateral cooperation relations "to the best levels".

He also expressed hope the talks will reach understandings on various issues in order to solve the problems and obstacles facing the trade exchange between the two countries.

"Through the work of the committee, we hope to establish a new phase of relations that serves the interests of the two brotherly countries and works to strengthen economic and trade relations between the two countries," he said.

Citizen threatens to set himself on fire after receiving ....

Citizen threatens to set himself on ....