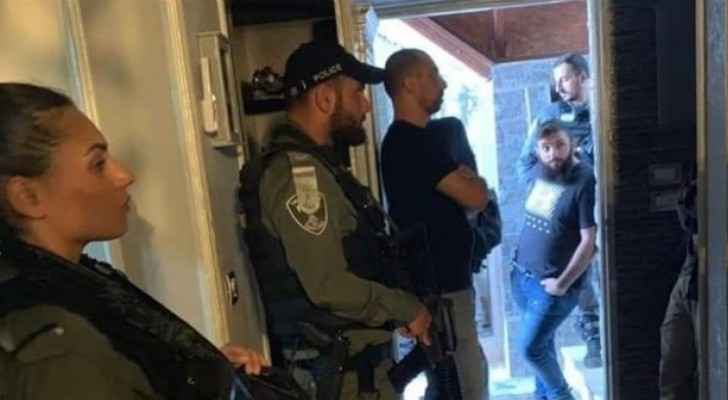 Israeli Occupation Forces (IOF) have detained today the Palestinian Minister of Jerusalem Affairs, Fadi Hidmi, following a raid at his home and summoned the Palestinian governor, Adnan Ghaith, who was not at home when it was also raided, according to sources.

They said Israeli forces raided Hidmi’s Jerusalem home and took him away, but when they raided Ghaith’s home in Silwan neighborhood in occupied Jerusalem he was not there and therefore handed his family two summonses for Ghaith and his son to appear before the Israeli intelligence.

President Mahmoud Abbas's Fatah movement condemned Israeli harassment of Palestinian officials in Jerusalem, stressing this move was part of Israel’s efforts to consolidate its grip over the occupied city by not allowing any official Palestinian presence or activity in it.

However, Fatah said it will not be deterred by these Israeli measures and it will continue efforts to fight against the Israeli occupation of the holy city, which the Palestinians insist is going to be the capital of their future independent state that will be created on the territories Israel occupied in June 1967, including East Jerusalem.