King meets US Assistant Secretary for Near Eastern Affairs

King meets US Assistant Secretary for Near Eastern Affairs 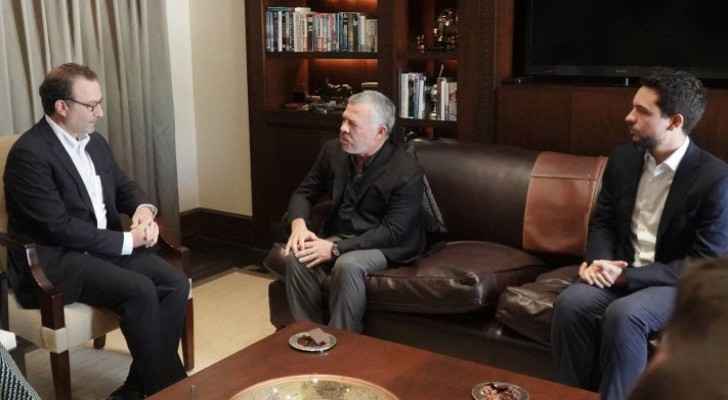 His Majesty King Abdullah II, in the presence of His Royal Highness Crown Prince Al Hussein, received on Thursday, September 12, 2019, the US Assistant Secretary for Near Eastern Affairs, David Schenker, who is visiting Jordan as part of a regional tour, Jordan News Agency (Petra) reported.

During the meeting, His Majesty and Schenker discussed the strategic partnership between Jordan and the US, in addition to means of expanding cooperation between them in various fields.

His Majesty expressed his appreciation for the US support to Jordan in many fields.

The meeting tackled regional developments, where His Majesty stressed the importance of joining international efforts to reject all unilateral measures that would undermine the two-state solution as the only solution by which an independent Palestinian state would be established on the 4 June 1967 lines, with East Jerusalem as its capital.

The meeting, which was attended by the King's Advisor for Communication and Coordination, also dealt with the crises in the region and the search for political solutions.