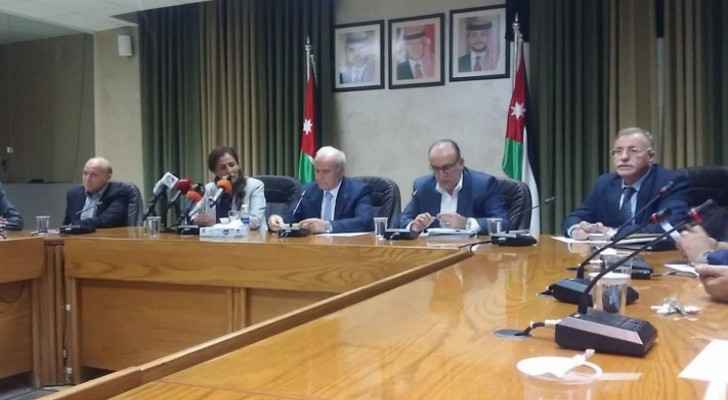 Maani stressed that the relationship between the Ministry of Education and the Jordanian Teachers Syndicate has been a participatory and close relationship over long decades.

He added that the teachers' financial demands are not new and teachers were demanding since 2014.

He confirmed that a lot of their demands have been met since then.

A meeting was held between the Syndicate and the House of Representatives, where it was agreed on a 50 % raise for all teachers that will be given during the next three years, Maani stated.

Maani said that the new Syndicate council turned against the agreement made with the Ministry of Education.

For his part, Minister of State for Legal Affairs, Mubarak Abu Yamen pointed out that the dispute today between the Teachers Syndicate and the Ministry of Education is not against the interest of teachers.

He considered that what happened today on the 4th circle as a clear violation of the right of students to learn.

Abu Yamen confirmed that the government allowed teachers to organize the protest in the square opposite to the Prime Ministry's building, but they refused and insisted on the holding it on the 4th circle, considering what teachers did contrary to the law, where it disrupted the educational process.

He called for not negatively affecting the interests of students, and that all must abide by the Constitution and the law, as the Constitution guaranteed the right of expression and organizing protests, but within the limits of the law.