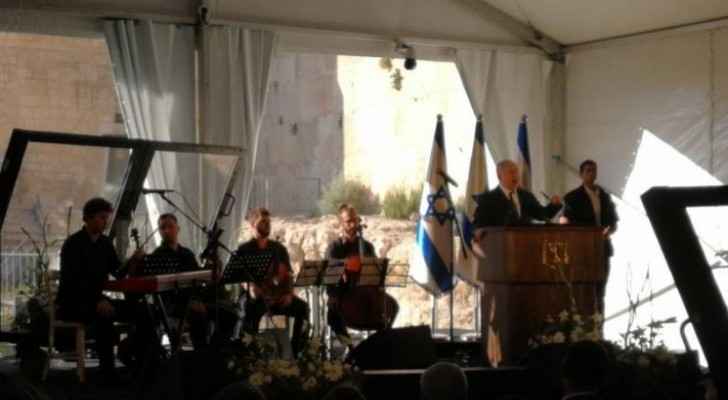 Netanyahu said at an election campaign to win settlers’ vote in al-Ibrahimi mosque that "we are not strangers to Hebron and we will stay here forever."

"I am proud that my government was the first to develop the ghetto program in the city [of Hebron] to build dozens of new housing units." He said.

Israeli forces clamped a curfew on the Palestinian neighborhoods of the old section of Hebron as hundreds of soldiers and police were deployed in preparation for Netanyahu’s controversial "visit."