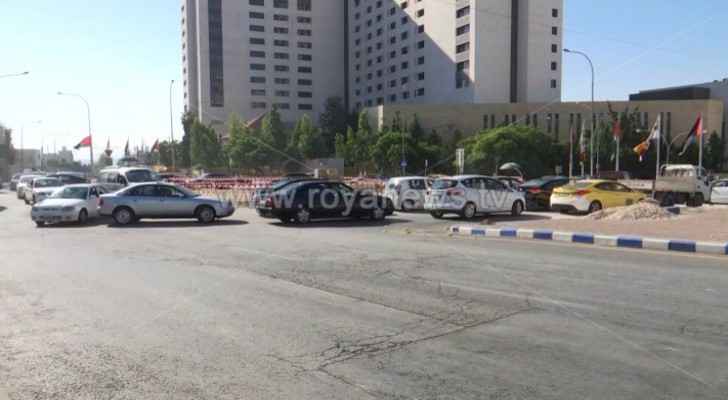 Since the early hours of Tuesday, September 3, 2019, cadres of the Greater Amman Municipality (GAM) started removing the 5th and 6th circles in Amman in order to install traffic lights instead.

Riyad Kharabsheh, head of the Amman’s Bus Rapid Transit (BRT) project said in a statement to Roya that having traffic lights instead of the circles would better regulate traffic.

Kharabsheh pointed out that the decision follows the removal of the 8th and 7th circles, in addition to studies and analysis aimed at finding the best solutions to alleviate traffic congestion.

"The removal of the two circles has nothing to do with the BRT project," Kharabsheh confirmed.

The removal of the two roundabouts came to improve traffic efficiency in the areas, Acting Director of the Central Traffic Department (CTD), Bassem Kharabsheh said during a special interview on Roya's "Donya Ya Donya" program.