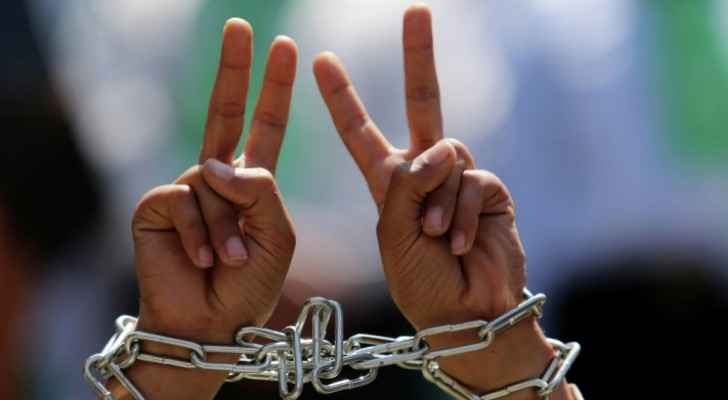 More than 200 Palestinian prisoners in the Israeli jail of Rimon started an open-ended hunger strike today, September 2, 2019, in protest against the installation of jamming devices in the prison, which they fear cause cancer.

Prisoners are demanding for better conditions, especially for women prisoners in a nearby prison in Damon, Detainees and Ex Detainees Commission said in a press statement.

It said negotiations between the Israeli Prison Service (IPS) and representatives of prisoners in section four in Rimon prison have failed because the IPS did not accept the prisoners' demands and retaliated by shutting down two sections in the prison.

The commission condemned the IPS for not accepting the most basic demands made by the prisoners.

13 Palestinians detained by Israeli forces in ....

13 Palestinians detained by Israeli forces in ....