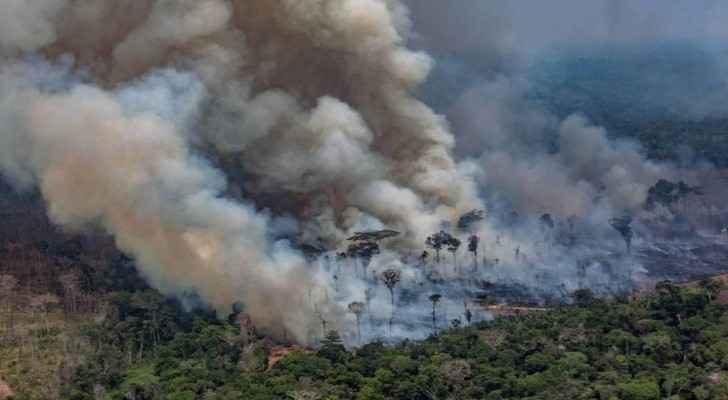 The Ministry of Agriculture and Ministry of Environment have issued their first statement on the Amazon rainforest wildfires which broke out three weeks ago until now.

In the statement issued on Tuesday, August 27, 2019, the Jordanian Minister of Agriculture and Environment, Ibrahim al-Shahahdeh expressed Jordan's solidarity with the government and people of Brazil and their efforts in facing the Amazon rainforest fires.

He stressed the need to intensify local, regional and international efforts in order to protect the planet, confirming that the Amazon is home to about 30% of the world's biodiversity and produce more than 20% of the world's oxygen.

Shahahdeh added that for its role, Jordan is currently working to increase the forest cover and green areas to face climate changes.