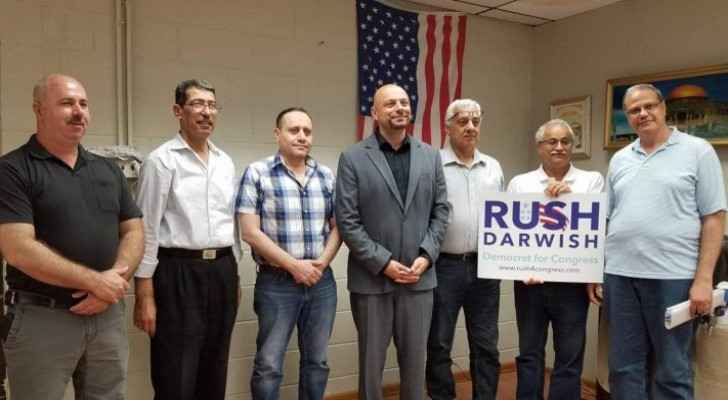 Rashad "Rush" Darwish, a Palestinian American originally from the West Bank village of Bittin, near Ramallah, who announced in May his candidacy for a Democratic Party seat in the US Congress in the 2020 elections, was endorsed yesterday by the Palestinian-American Council in Chicago.

The Council said it will support Darwish in his bid and called on members to vote for him in the November 2020 elections.

Darwish, who owns Rush Productions, a small multimedia production company based in Chicago, will challenge veteran US Representative Dan Lipinski for his seat to represent the Illinois 3rd Congressional District.

Campaigning in Chicago, Darwish posted the following on his Facebook page. "My name is Rush Darwish. I am the son of immigrant parents. I am running for Congress because with all my heart and soul I stand strong with immigrants and want to protect the diversity of this country. I am standing in solidarity with the people at today’s Rally at Daley Plaza and every decent human being who stands against Donald Trump’s ideology of hate. ICE (US Immigration and Customs Enforcement) has no place in Illinois and had no place in this country. As your next Congressman, I will join other leaders to make sure ICE is abolished and destroy any entity that separates kids from their families."

Rashida Tlaib, a lawyer and also originally from the West Bank, was the first Palestinian American to win a seat serving as the US Representative for Michigan's 13th congressional district since January of this year after winning the midterm elections in 2018.

US House of Representatives votes to impeach Trump

US House of Representatives votes to ....