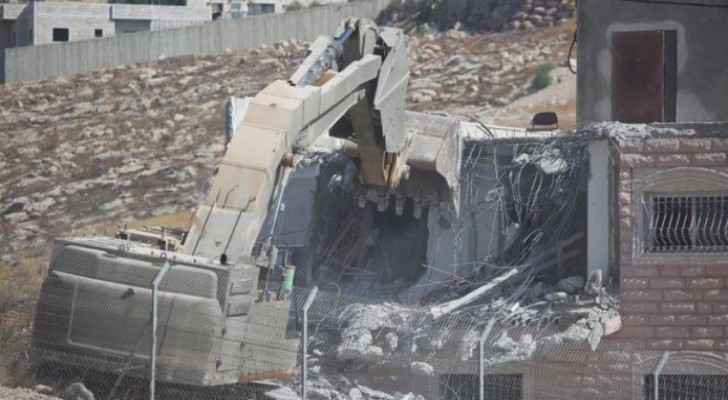 The presidency held the Israeli government “fully responsible for this serious escalation against our defenseless Palestinian people,” and considered it as “part of the plan to implement the so-called deal of the century, which aims to liquidate the Palestinian question.”

It said President Mahmoud Abbas is holding contacts with various relevant parties “to halt this Israeli massacre” and called on the international community “to immediately intervene to stop this aggression against the Palestinian people.”

It hailed the Palestinian people everywhere, particularly in Jerusalem, for their steadfastness in the face of Israeli repression and injustice.

The statement concluded by reiterating that the only path to achieving peace is the establishment of the independent Palestinian state with East Jerusalem as its capital and urged others to assume their responsibilities in this regard.

Israel commenced the demolition of 16 buildings, which comprise of 100 apartments, Wadi al-Hummus.