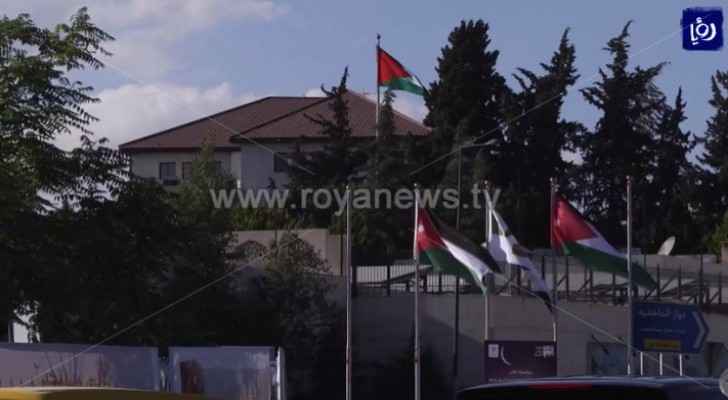 "Jordan's position on the Palestinian cause is unequivocal and unquestionable and the Kingdom will not accept any deal or resolution to the conflict that would deny the Palestinian people's right to statehood and full Israeli withdrawal from lands occupied in 1967," said State Minister for Media Affairs, Jumana Ghunaimat.

Ghunaimat said Jordan's position has been recently emphasized by His Majesty King Abdullah II's "three nos" over Jerusalem and the so-called substitute homeland for Palestinians in Jordan, and on the historical Hashemite Custodianship of the Jerusalem Christian and Muslim holy shrines.

Speaking to representatives of official media at the Prime Minister's Office, Ghunaimat explained that Jordan's participation in the Manama conference was meant to send a clear message that the Kingdom will not accept any unjust solution to the Palestinian issue.

Turning to local affairs, Ghunaimat, who is also the government spokesperson, said the government will launch an all-encompassing national dialogue over the elections law which she said will be listed on the parliament's agena in its next session.

On the economic situation, Ghunaimat confirmed that the government measures on controlling tax evasion and dodging resulted in an increase in revenues during the first five months of 2019 by 45% to JD 43.8 million compared with JD 30.1 million for the same period last year.

With regard to the Kingdom's cooperation with the International Monetary Fund, the minister said new IMF-sponsored new program, which the government is seeking to sign with the fund, aims to expand economic growth rather than raise taxes.

She explained that Jordan needs to continue the fiscal reform program if it wants to address the budget deficit and public debt, stressing that "what the IMF provides is assistance to the national economy and not dictates."

US grants Jordan $745 million in support of economic ....