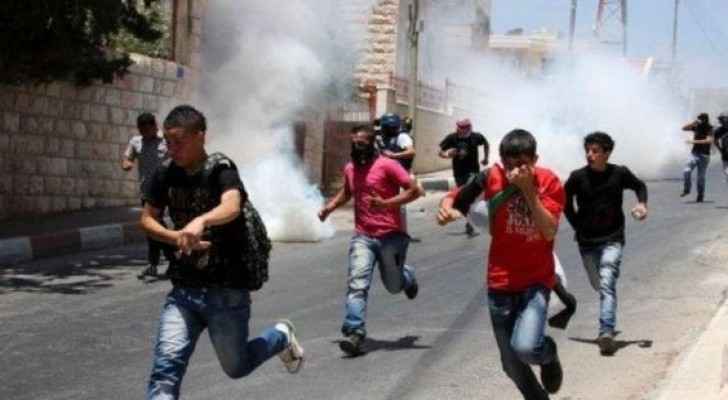 Dozens of Palestinians, including school students, early Monday, suffered suffocation due to inhaling toxic gas fired by the Israeli forces at the surroundings of schools in the West Bank city of Hebron.

The Palestinian Red Crescent Society (PRCS) said in a statement that Israeli troops fired heavy gas bombs at civilians and school students, leaving a number of them suffocated.

"Red Crescent crew treated the injured on the scene, while others were taken to Alia public hospital in Hebron for treatment," the statement added.