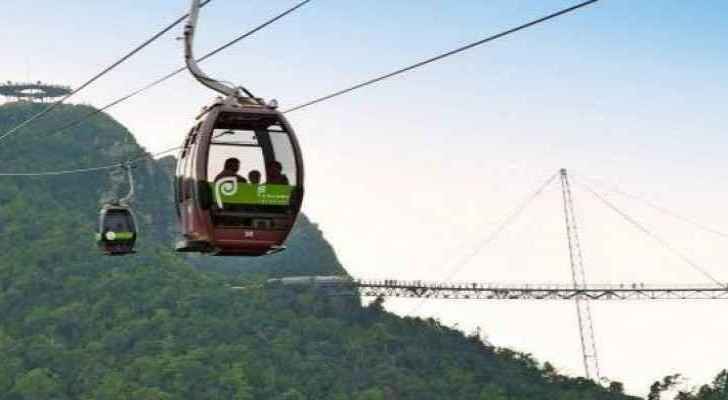 The Minister of State for Investment, Muhannad Shehadeh, stressed on the importance of attracting major investments to Ajloun, and to distribute the gains fairly on all development areas.

Shehadeh noted that the implementation of the project, which began in 2015, will contribute to reducing poverty and unemployment and provide opportunities for unemployed youth.

He said that the cable car project will include a conference hall, a hotel, villas, restaurants, and cafes, pointing out, that it will be a breakthrough for the rest of the development areas in the province.

The Chairman of the Parliamentary Tourism and Antiquities Committee, Andre Hawari, and a number of members of the Committee met with members of the local community, entrepreneurs and those interested in tourism affairs and discussed the main challenges facing the tourism sector.

The Chairman of Development Zones, Dr. Khalaf Hamisat, said that such projects will attract investors.

Secretary-General of Tourism, Issa Gammoh, said that JOD 710 thousand have been allocated to develop tourist products, adding that developing the infrastructure is underway.

The Deputy Director-General for Development Zones, Eng. Amal Zanoun, presented the details of the project and its cost, noting that it is going to be the first cable cars project in the Kingdom.