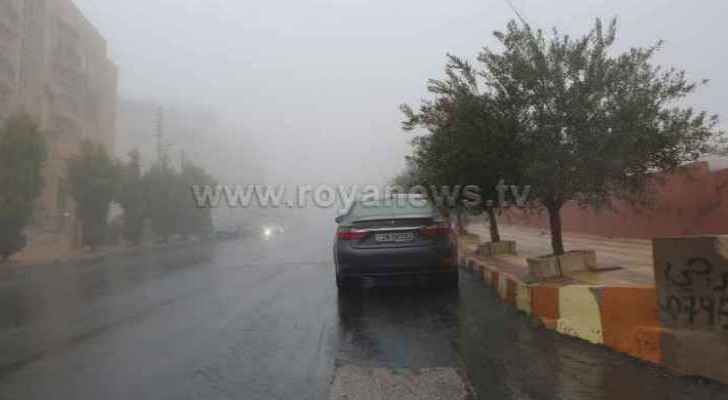 The peak of the expected fourth-degree weather depression has just arrived to the Kingdom, as Jordan will be affected by a very strong air mass in a couple of hours, bringing continued and torrential rainfall in large northern and central parts of the Kingdom, according to Arabia Weather. Heavy rainfall might form floods and rise water levels in the valleys, lowlands, and watersheds.

During daytime and at night, the weather will be extremely cold, cloudy and rainy in the northern and central parts of the country, extending to the southern regions. Rain will be accompanied by hail showers and thunderstorms.
In the next few hours, snowfall is predicted above areas exceeding 1000 meters above sea level in Jerash, Ajloun, Amman, and Balqa, and may extend to other areas for a short period of time.
Snowfall is expected to accumulate over the highlands of Karak, Tafilah, and Ma'an.

Arabia Weather calls for caution and the following:

Chilly weather today, another cold air mass to hit the ....