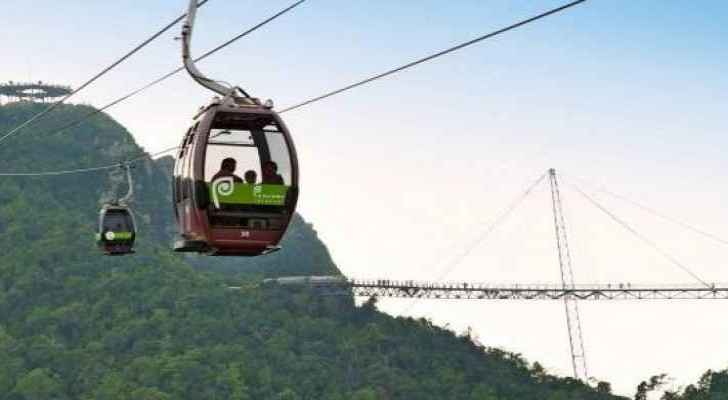 Haddad told the media during his meeting with the Minister of State for Investment Affairs Muhannad Shehadeh, that the tender will be submitted for implementation to the company assigned, early next year.

A number of Ajloun residents called on the concerned authorities and the Investment Promotion Authority to implement their promises regarding the implementation of the cable car project, for many years.

Residents pointed out the importance of implementing the project after the government had earlier, announced that Ajloun Governorate is considered a special development area because it supports the benefit of the advantages of environmental conservation, agriculture and tourism all of which will raise the standard of living of the citizens.

The member of the administrative body of the Jordanian Environment Society Mahmoud al-Aboud said that the implementation of the project will have positive effects on the achievement of development of Ajloun and its preservation on the tourist map, and the implementation of projects that contribute to reducing poverty and unemployment and provide opportunities for unemployed youth.

The volunteer activist Eng. Muhaid Haddad said that the people of the governorate are waiting for major tourism investment promised by the government to support them in terms of development and economy. He called on the Ministry of Tourism to provide the advanced infrastructure for tourist sites, the most important of which is the cable car project which will contribute to revitalizing tourism movement in Ajloun to positively affect entrepreneurs and tourist resorts.