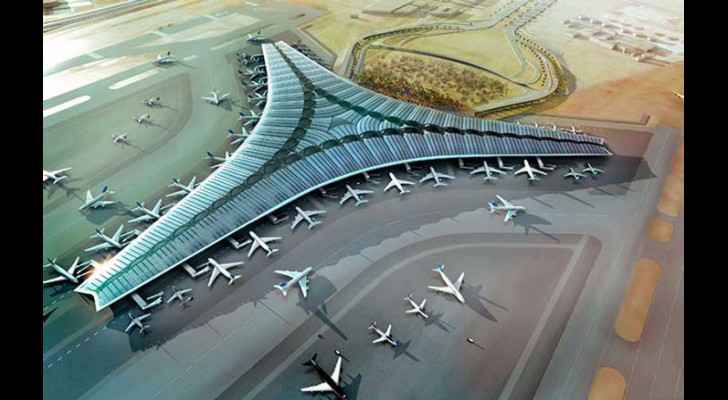 An informed source at Queen Alia International Airport said on Friday, November 16, 2018, that the reason for flight delays to Kuwait is due to bad weather.

For its part, Kuwait Airways announced on Friday afternoon, delaying some flights arriving and departing from Kuwait Airport.

In a tweet, the Kuwait Airlines explained the situation to passengers and said,

"Kuwait Airways would like to make it clear that a number of aircraft are detained because of rainwater flooding the runway. We apologize to the passengers for the irregularity of flight operations, since the flights are currently operated in accordance with the availability of aircraft.”

They added that communications directly with passengers will continue to inform them of changes in flights.

On Thursday night, Kuwait International Airport was affected by the heavy rains over the country, and was temporarily closed by the Kuwaiti authorities due to high levels of water.

On Wednesday, Kuwait Civil Aviation announced suspending departing flights from Kuwait International Airport and diverting arrivals to Manama, Dammam and Dubai airports due to the fluctuation in weather conditions and the heavy rainfall which affected visibility. However, the weather worsened on Thursday, causing many flights to be delayed, after the reopening of the airport.