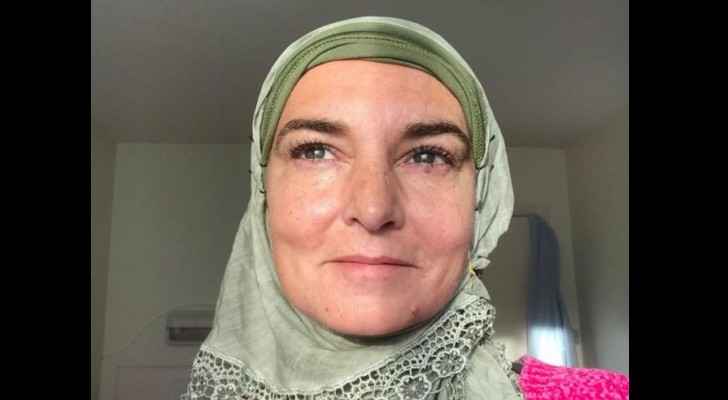 Irish singer Sinead O’Connor has changed her name to Shuhada’ Davitt after announcing that she’d converted to Islam.

This is to announce that I am proud to have become a Muslim. This is the natural conclusion of any intelligent theologian’s journey. All scripture study leads to Islam. Which makes all other scriptures redundant. I will be given (another) new name. It will be Shuhada’

"This is to announce that I am proud to have become a Muslim. This is the natural conclusion of any intelligent theologian's journey. All scripture study leads to Islam. Which makes all other scriptures redundant."

“Shuhada’,” with an apostrophe on the end, translates into “martyrs” in Arabic.

O’Connor had changed her name to Magda Davitt last year, a name she took to be "free of parental curses."

The singer changed her attire to fit her new faith too. O’Connor now dons the hijab, and has replaced her Twitter profile picture with a photo that reads "Wear a hijab just do it" alongside the Nike logo.

O’Connor also uploaded a video of herself singing the Islamic call to prayer and apologized for “mispronouncing some Arabic words during her recitation of the Azan,” CNN reported.

On Thursday, O’Connor appeared in a Twitter video with Irish Imam Shaykh Dr Umar al-Qadri where she excitedly said the Islamic declaration of faith.

World renowned singer Shuhada Davitt @MagdaDavitt77 (#SineadOConnor) has proclaimed the #Shahadah with me in #Ireland. She is so happy ! Masha Allah !#Ireland #Islam #SineadOConnorEmbracesIslam @SineadOconnorHQ pic.twitter.com/mBeHlcrgqW

On Thursday she tweeted: "Thank you so much to all my Muslim brothers and sisters who have been so kind as to welcome me to Ummah (the Muslim community) today on this page. You can't begin to imagine how much your tenderness means to me."

In 1992, the “Nothing Compares 2 U” singer made headlines after ripping a up a picture of Pope John Paul II during an appearance on a US TV show.

At the time, she told TIME magazine that “she was prompted to do so by the Catholic Church's record of child abuse,” CNN reported.

O’Connor shot to fame in 1990 with a rendition of Prince's Nothing Compares 2 U.

The award-winning artist has 10 solo albums and will be releasing her 11th, No Mud No Lotus, "before October 2019."