The sheep must have a healthy back and chest. (Middle East Eye) 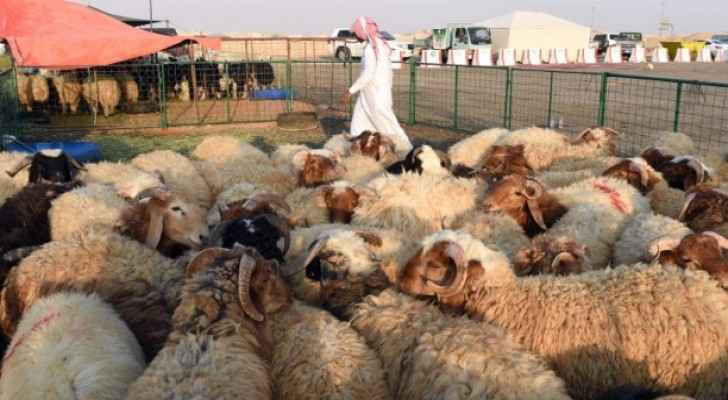 When sacrificing a sheep for Eid Al Adha this year (during 21-15 August), make sure to pick a healthy one, because at the end of the day, you are going to be eating some of this animal’s meat, as well as all the poor people who will be getting the rest of it.

The Jordan Food and Drug Administration (JFDA) has issued a list of signs one must out look for when buying a sheep for sacrifice.

1. The sheep must be energetic with a healthy appetite.

2. The sheep must be breathing normally.

3. The sheep’s wool must be vibrant in colour, not faint, and must feel closely attached to its skin.

4. There should be an absence in secretions from the sheep’s mouth and nose.

5. The sheep’s eyes must not have any yellowing or secretions.

6. The sheep must not have diarrhea, or have scabs on its skin.

7. The sheep must be free of any boils and abscess around its legs and underneath its ears.

8. The sheep must be quite “meaty” - one can see how much meat it has on it by checking its neck and lower back.

9. The sheep must have a healthy back and chest.

10. According to Sharia law, the sheep must be at least six-months-old, while goats must be aged a year-old and cows two-years-old at the time of their sacrifice.

When buying a sheep, there’s another thing to consider: money.

While many local sheep can cost up to JD 200 to buy (depending on their quality and weight), imported sheep “should cost at least 20-25% less to purchase,” according to The National Society for Consumer Protection (NSCP).

The NSCP demanded that consumers are told where the sheep comes from before it is sold to them, noting that this is to avoid the mix-up that happened in previous years, when consumers were sold sheep on the basis that they were local, when in fact they were imported.

The NSCP also called on the Greater Amman Municipality (GAM) and other municipalities to force barn owners to keep their barns clean and to throw away the sheep’s remains in their designated areas, especially the ones located alongside main roads, as they often smell and look unhygienic.