Crocodiles rest at a a farm in the Jordan Valley, West Bank. (AP/Dusan Vranic) 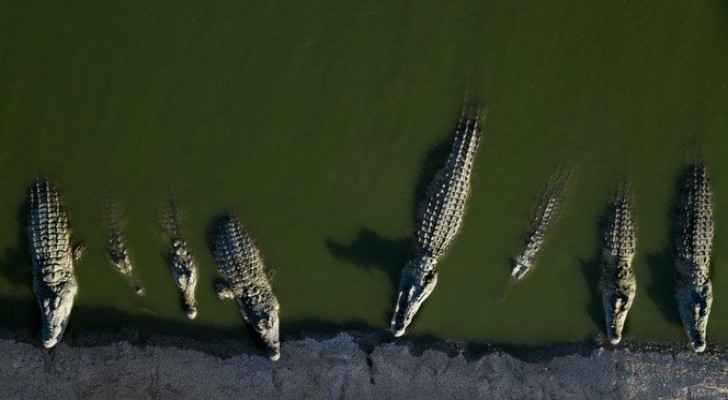 One goes to the Jordan Valley for many reasons; seeing a crocodile isn’t one of them.

However, an Israeli businessman shipped over hundreds of crocodiles in hopes of starting his own crocodile farm in a West Bank settlement, which, since the mid-nineties, has not worked out in his favour.

The crocs are currently stranded in a remote area in the Jordan Valley, after the man’s business venture failed to come to life, reported Arab News.

Not many people know that the large aquatic reptiles were brought to the Petzael settlement in the mid-1990s as a tourist attraction.

The ongoing Palestinian-Israeli conflict has not helped attract tourists to the area, which is why another business idea sprung to the mind of a second businessman, who bought the crocs in hopes of selling them for their skin.

Fortunately for the stranded animals, that didn’t work out either, after Israel passed a law (2012) classifying crocodiles as a protected animal.

Some of the crocodiles escaped from their current home, only to be found later.

What's going to happen to the poor animals? Israel says it’s working to find a “practical solution” to the problem.

Poisonous sausages to be airdropped across Australia to ....

Poisonous sausages to be airdropped ....

Jordanian applies for citizenship to three-year-old ....