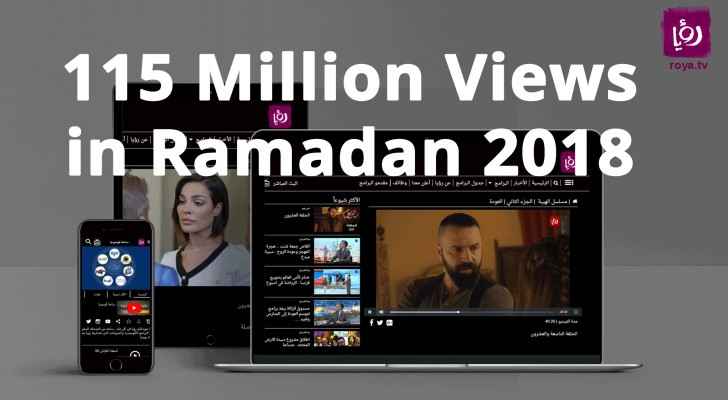 If you weren't live streaming TV shows during Ramadan in May/June, then you might have been (aimlessly) flipping from one TV channel to the next in search of an “interesting” program to watch. For those who had their smart devices on, Roya TV was the one to watch.

The young Jordanian network used technology to its advantage during the holy month, and the few months prior to it, therefore not solely depending on the telly to attract old and new viewers.

Those who watched Roya TV during that period depended on its YouTube channels, mobile apps and official website to livestream and watch and catch up on the large lineup of original shows it had to offer. In fact, those platforms were so popular that the enterprising channel saw an 82% increase in its online viewership by the end of Ramadan: that’s a staggering total of 115,870,797 views.

Roya TV’s forward-thinking attitude allowed viewers to not only sit behind the screen, but to participate in some of its shows as well. Take “Ikhsar Wa Irba7” (Lose & Win), for example; the first-of-its-kind game show in Jordan and the region allowed viewers to compete for the same money contestants were playing for. The “Lose & Win” online viewership and participation, through the Roya mobile app, went through the roof.

Check out these numbers:

Other shows got a slice of the cake too. When you compare the number of people who tuned in just to watch Roya TV’s Ramadan content in 2017 with those who did in 2018, you’ll see an incredible hike in numbers.

Going from one success to the next, Roya TV is taking its media expertise to the field by launching the “Roya Academy for Media Training” at the academy’s premises in Mecca Street, on Wednesday, July 25, 2018.

Man arrested after live-streaming himself while using ....

Man arrested after live-streaming himself while ....

Man arrested after live-streaming himself while ....

Jeeny: New app delivers anything and everything to your ....

Jeeny: New app delivers anything and ....