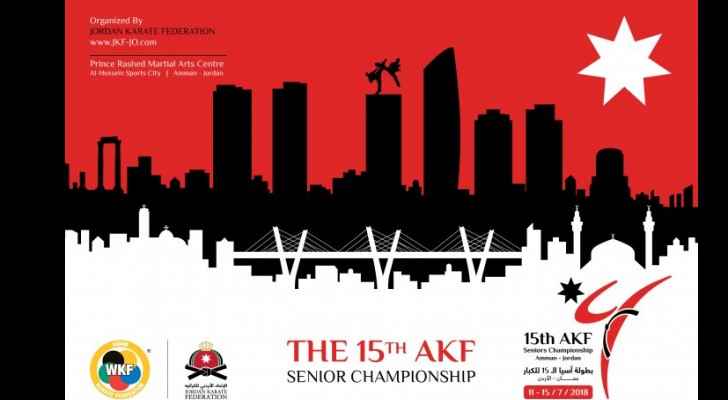 The 15th Asian Karate Federation (AKF) Championship was launched earlier today and will last until July 15, 2018.

45 countries are participating in this round of AKF, which takes place in Al Hussein Youth City in Amman (Sport City), with more than 400 fighters, 25 of whom are Jordanians, competing in various weight categories.

President of the Jordan Karate Federation, Moeen Fauri, announced that the event will be taking place in three different halls: “All three venues – the Prince Hamzeh Hall, Prince Rashed Hall and Princess Sumaya Hall – have all been prepared to the highest standards and I would like to thank all of those who have stepped up to support this event which promises to be something special.”