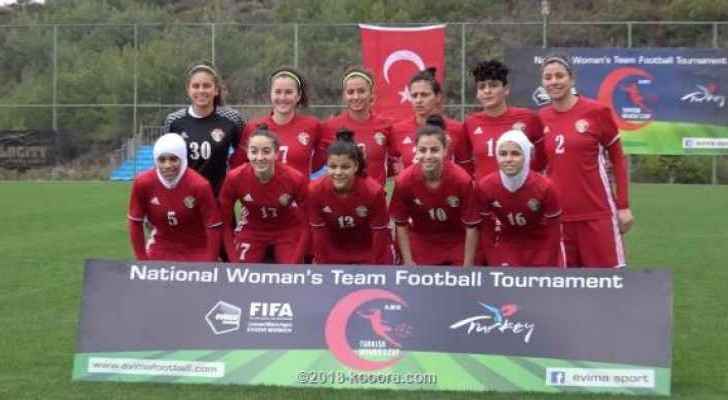 The Jordanian women’s national football team lost to its Thai counterpart 6-1 on Monday precluding any chances to proceed to the semifinals of the AFC Women’s Asian Cup.

Thailand scored their first goal in the first minute and by the time Jordanian, Shahenaz Jebreen, was able to score at the end of the first half (43rd minute), Thailand had scored two other goals. During the second half Anfal Al Soufy’s was flagged by referees as offside and Thailand went on to score three more goals by the end of the game bringing the score to 6-1.

A draw against the Philippines will suffice for Thailand to reach the second place and proceed to the semifinals with China which sealed their first spot with a 3-0 victory over the Philippines.

Even though Jordan will not make it to the semifinals, home crowds will have the chance to support their team against China during the final match of Group A which will take place on Thursday, April 12.

After the match, Prince Ali Bin Hussein, the chairman of the Jordanian Football Association tweeted in support of the national team saying:

Our Women National Team showed courage and heart today I'm so proud of them no matter the result. #Nashmiyat keep your heads high. let’s all support them in the match against China on Thursday. pic.twitter.com/JwsMZppfxK