Ajloun Forest Reserve is a nature reserve in Ajloun. (WildJordan) 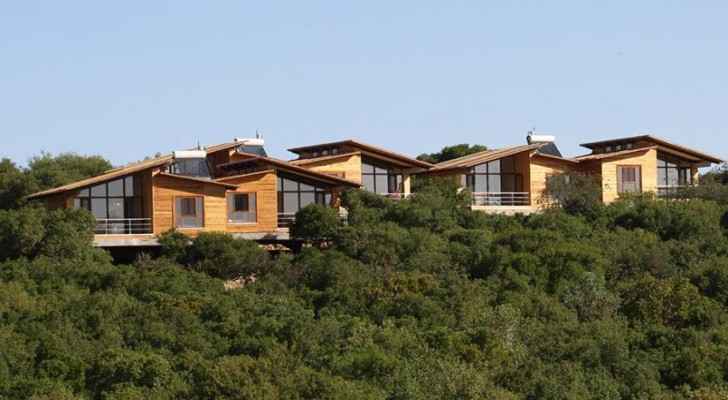 A total of 35,000 tourists from the Gulf region have visited the northern governorate of Ajloun during the last few weeks, Mohammed Al-Deek, Ajloun Tourism Director told state-run news agency Petra. He also added that both local and foreign guests enjoy the beauty and nature of the city.

Ajloun is a hilly town in northern Jordan located 76 kilometers north-west of the capital city Amman. It is known for the impressive 12th-century Ajloun Castle. In addition to the castle, tourists visited other famous archaeological sites including Mar Elias, Ashtafina, Rajib and Arjan.

The Ministry of Tourism has had two development tenders implemented in 2017 and 2018. The first aimed to provide Tell Mar Elias site with services and infrastructure such as shelters to preserve the mosaics and parking lots. The second aimed to construct trails that connect ancient water mills, offering services and facilities at the site, and rehabilitating the mills.

There has been an overall boost in the tourism sector in Jordan during 2018. January has witnessed a 9.9 percent growth compared to the same period last year.

Additionally, in January Queen Alia International Airport has recorded the highest number of passengers in one month in its 35 year history.

Wood thieves arrested after cutting one ton of firewood in ....

Wood thieves arrested after cutting one ton of ....

Wood thieves arrested after cutting one ton of ....

Wood thieves arrested after cutting one ....